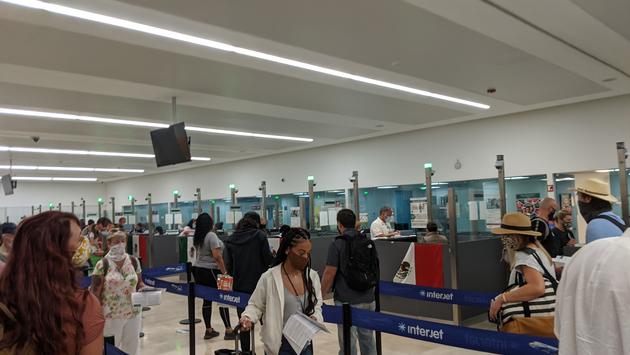 Government officials in Cancun announced the destination has ended the need for arriving travelers to fill out customs (FMM) forms and granted Americans a fast-track entry process.

According to the Cancun Sun, many travelers who didn’t complete the Forma Multipla Migratoria (FMM) paperwork online were forced to complete the documents in person, causing delays at airport security and immigration checkpoints.

The Mexican Association of Travel Agencies in Quintana Roo’s executive president Sergio Gonzalez Rubiera said eliminating the paperwork would reduce the process from around an hour to just minutes.

Rubiera also revealed the new system would soon be available in other airports in Mexico.

The government will now issue travelers from the United States and other approved countries a stamp instead of the previously required card. The card would need to be presented as travelers departed Mexico, with visitors footing a $25 fee if they lost it.

Now, approved travelers will be granted a residence permit for 180 days. The government is working to streamline the entry process for tourists as part of an effort to ease the workload for airport employees, as staff shortages continue to impact the industry.

Earlier this month, Mexico’s Ministry of Tourism revealed that the country hosted approximately 25.4 million international visitors between January and May, more than 5.2 million more than 2021, representing an increase of 25.9 percent.

Last week, the U.S. Department of State released its annual update to the Travel Advisory for Mexico, upgrading three Mexican states—Nayarit, Estado de Mexico and Coahuila—thanks to improvements in security.