are getting married RSVP

Welcome to our wedding website…The countdown until our forever has begun!

We are so excited that you all will be joining us on our next adventure, so get your passports ready because we can’t wait to share our special day with you.

I first saw Liz after having been a member of a Tall Group on Facebook for a few months. This interesting group is for men and women who are above average height to just hang out and share our challenges of being tall. She popped up one day with the new member introduction, and I was immediately blown away by her beauty! After we all gave her the “welcome to group” responses, I began to look out for her posts…which were very few and far between. I responded to a few of her posts, but she never responded back to me. One particular post included her lamenting on how she would love to be able to go out to a simple dinner and movies with a guy and be able to wear her high heel shoes. Once again, I responded, and again crickets! Yet another day a few weeks after that post, she posted a selfie and I decided to take one more shot. If she didn’t respond, I would take the hint and let it be. I complimented her on her dimples and assumed that the pattern of her no response would continue, but to my surprise, she responded almost immediately! I jumped at the opportunity to begin communication with her off of the Facebook Group site and immediately reached out to her via Facebook Messenger. I finally got her to response, I wasn’t going to let this opportunity get away from me!

We communicated via text for a few days and finally decided to actually talk…via messenger. Once I heard her voice and we began communicating, I was hooked! She was not only a beautiful woman on the outside, but we had so much in common – from our heritage of both being Jamaican – to us both being parents and placing our families as top priorities in our lives, and our love of travel, I realized just how equally beautiful she was inside as well! She had an added bonus of not only being a seasoned, well-respected professional in her field of Human Resources, working both as a senior leader at her municipal employer, but as a professional consultant as well, she was also being highly educated and even worked as an Adjunct Professor at two different colleges and universities! I was blown away by this lady!

Our whirlwind romance took off almost immediately, and we have shared an amazing five years of adventures, challenges, and memories. Through it all, Liz has proven that she is my biggest cheerleader, supporter, and encourager, and that she will definitely stick with me through the good times and the bad times. At times when she could have given up on me, she didn’t… She stuck right by my side! It was easy to decide that I wanted to spend the rest of my life with this lady, and after experiencing a bit of a challenge locking her down in the midst of her busy schedule, I felt confident that this day would eventually come. When you realize that you want to spend the rest of your life with someone, you want the rest of your life to start as soon as possible!

While chatting on the phone with one of my beloved Sorority sisters, Lotty Jean, one night, she randomly shared with me that there was a Facebook Group for tall people. I was in shock that such a group even existed, but I was curious…A long, legged beauty herself, Lotty went on to assure me that the group was NOT a dating website – she knew how I felt about those – but that it was just a group for tall folks to get together, share our challenges, and even meet up when possible. I thought that was a cool concept, so I told her that I would check it out. She immediately warned me that the general membership was a younger crowd, so she wasn’t sure if I would like the group. Lotty was definitely speaking the truth when she said that the group’s membership was a young crowd! After my initial introduction and welcome by the members, I was almost instantly turned off by the activities of the group’s participants and realized pretty quickly that I probably would not be frequenting this group page often…and I did not! I would randomly hop on the group from time to time to see what was going on…a few meet ups here and there, which I participated in once, meeting up with a group of fellow tall ladies for brunch down in Miami, but other than a few random posts of jokes & comments, I was pretty much over the group.

One day, the group administrator told us to post our best “selfie”. I didn’t have any, so I just snapped a quick one and posted it. Within seconds, I received a response from a guy (Amili) informing me that “he liked my dimples”. I replied, “thank you” and it went from there. I was able to see a few pictures of him and some guys who I later found out were his brothers – obviously taken when they were groomsmen in a wedding. However, honestly, I was more taken in by his adorable son who was included in his profile picture. I was still not quite convinced by Amili in the picture or that I wanted to proceed with any extensive dialogue with this man, but after a few weeks of texts turned into phone calls, and I heard his amazing voice, I was locked in! We had SO MUCH in common and I thought that he was just an absolutely BRILLIANT man!!! Our conversations were effortless, and our connection was undeniable!

We were able to schedule a first date – that dinner and a movie that I posted about weeks before – which turned out to be the BEST first date I think either one of us had ever had!!! We couldn’t stop talking, sharing, and getting to know one another, and seemingly did NOT want the night to end! From the movie we drove to the beach and happened upon a beachside bar with a live reggae band…How perfect is that??? What are the odds? The night continued with Amili giving me my first pool playing lesson…the struggle is still real five years later! As Amili stated in his section of our story, it was definitely a whirlwind from that point on!

She and I laugh about this all the time, but I often remind Lotty and tell folks that if it were not for her, I would have never known about that Facebook Group and doubt very seriously if Amili and I would have ever met! I truly believe that I met my soulmate in that group – in the most random of ways – and I absolutely cannot imagine my life without him. We have built an amazing life together over the years and I am looking forward to starting this next phase so that we can continue our journey and continue building our amazing life!

The cermony will be on September 2nd at Sunset, but the festivities start long before then

We have a few planned activities with our guests for Thursday and Friday that will be announced via this site as we get closer to the date, but otherwise, you are encouraged to partake in the many amazing options that the resort and the Parish of Ocho Rios has to offer!

Elizabeth and Amili have selected the beautiful Beaches Ochi resort and Spa as their wedding venue.
This is located in the Amazing Ochi Rios region of Jamaica
This amazing all-inclusive resort includes all Food, Drinks (Alcoholic and Non-alcoholic), non motorized watersports and many other features that are sure to make this even more memorable. 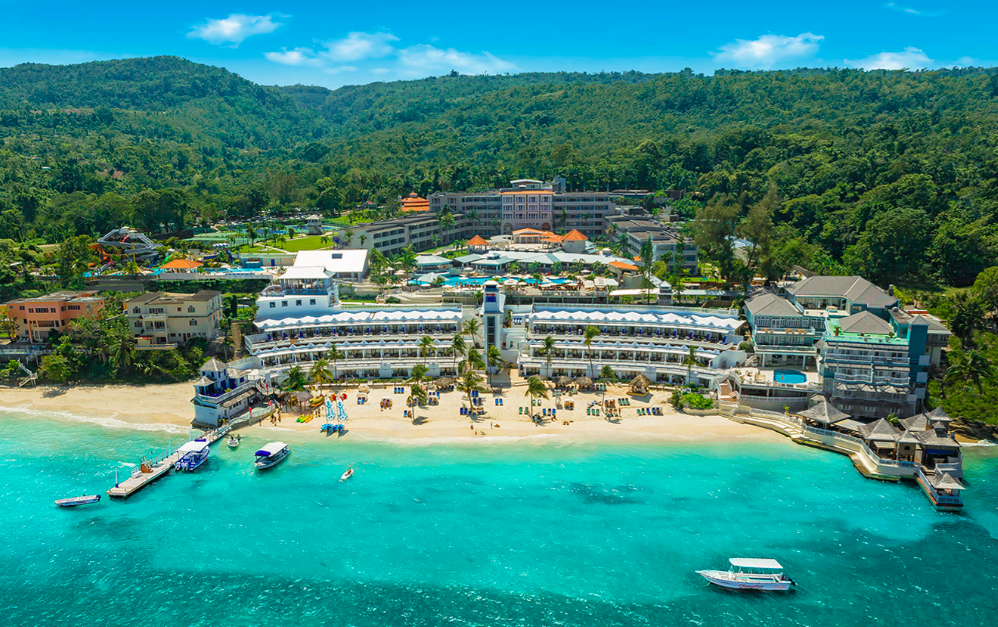